Where the deficit came from

It is often said that government income and expenditure were out of synch before 2008.

And it is also claimed that it is excessive spending before then that caused the current crisis. 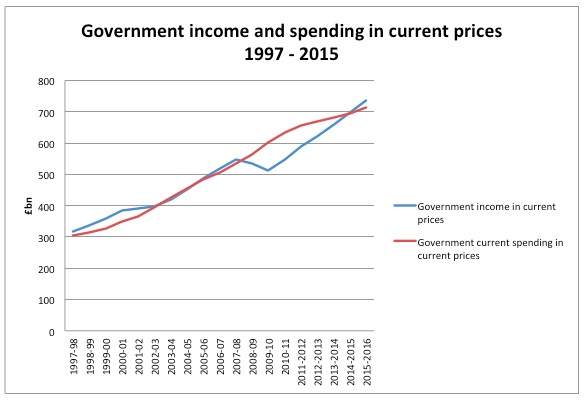 The visual imaging tells the story.

And then it ran tiny deficits that related in large part to investment spending.

And then tax revenues collapsed, which had nothing whatsoever to do with excessive spending and had everything to do with banking collapsing.

Supposedly this will correct by 2015. I don't believe that.

But let's not for a minute think that Labour mismanaged the economy. The data simply does not suggest it did. Banks did that. And it was banks that created the deficit.