Tax Journal has just published a lengthy article on the Tax Justice Network's Financial Secrecy Index which opens with the following sentence:

The United Kingdom would 'easily' take Switzerland's place at number one in the Financial Secrecy Index if the 'British network of secrecy jurisdictions' were considered.

This is absolutely correct. The City of London is intimately connected to offshore satellites in Bermuda, British Virgin Islands, Cayman and Jersey (all of which fall in the top ten of the FSI), and if all the Crown Dependencies (CDs) and British Overseas Territories (BOTs) were combined with the UK as a single entity, there is no doubt that the UK would top the list. As Tax Journal notes:

Ten secrecy jurisdictions on [the TJN’s list of 73 jurisdictions] are either British Crown Dependencies (such as Jersey) or British Overseas Territories (such as the Cayman Islands or Bermuda) while many others are members of the British Commonwealth.

These jurisdictions generally share British common law [and] deep financial penetration by British financial interests, typically use British-styled offshore structures such as trusts, usually have English as a first or second language, and mostly have their final court of appeal in London. 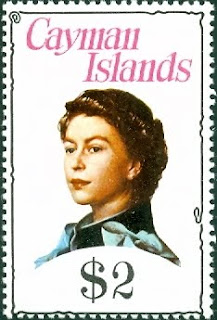 Look first at the secrecy scores. They range between 65 (Guernsey and Isle of Man) to 90 (Turks & Caicos). While the average secrecy score comes out at a very poor 78, the appalling scores for Bermuda, Montserrat and Turks & Caicos demonstrate that when it comes to hiding away the truly nasty stuff, British bankers and lawyers are spoilt for choice in terms of what they can offer their dodgy clients.

Now let's turn to the issue of scale. London is already a giant in the offshore financial services market. The IMF data we used for the 2011 Financial Secrecy Index showed London as having 20 percent of global market share. Now add the estimated combined market shares of the CDs/BOTs and the aggregated figure rises to around 33 percent. One third of the global market in offshore financial services - and that doesn't include British Commonwealth countries which also feed cross border financial flows through to London.

Now at this stage we have a dilemma: should the Tax Justice Network take the UK secrecy score (45), or should it work on the basis that London can use its offshore satellites to do the monkey business (viz Bermuda: secrecy score 85) while maintaining the pretence of being reasonably transparent and cooperative? If the former, London's position on the overall ranking scarcely shifts, but if the latter, which reflects reality, then London screams ahead of the pack to number one position.

TJN's general position when assessing secrecy scores is to assess on the basis of the lowest common denominator position. If British lawyers and bankers can use jurisdictions like Bermuda, Cayman, Jersey and Montserrat (average secrecy score = 81) to hide their dirty business from UK investigators, then that's exactly what they'll do. And experience shows this to be what happens.

Meantime, successive British governments connive with the City of London in arguing that these are independent statelets with internal autonomy when it comes to setting tax rates. This argument is at best disingenuous, at worst outright mendacious. When it comes to creating secrecy mechanisms, through trusts and company laws, for example, or through cooperation in international international tax information exchange processes, the British government has complete control. As TJN director, John Christensen, notes in the Tax Journal article: 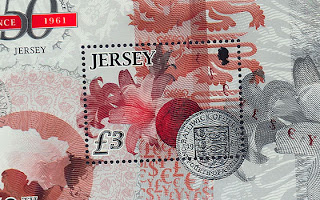 "'No law is passed in Jersey without the approval of the Privy Council,’ he told Tax Journal, adding that key Jersey officials are appointed by the British monarch."

So TJN now needs to consider its position on how to treat what we call the British Empire of Tax Havens. Does it  continue as present and rank them separately; or should we aggregate them into a single spider's web of interlinked financial services serving the political and economic agenda of the City of London? If you have a view on this, please drop us a line at info at taxjustice.net

And finally, the sharp-eyed among you will have noted that the common feature of the stamps illustrating this blog is Her Majesty, the Queen of England. Not long ago, HM Queen asked why no economists had seen the 2007/8 financial crisis before it hit. Of course, some of us had foreseen it, but more pertinently, some of us had also seen how secrecy jurisdictions have contributed to increased inequality, fiscal crisis, financial market instability, corruption, and a whole host of other plagues and miseries. And with due respect to Her Majesty, too many of these places carry her head on their postage stamps. We strongly recommend that she asks Santa Claus for a copy of Treasure Islands: Tax Havens and the Men Who Stole the World in her Xmas stocking this year.