HMRC’s claim that the tax gap has fallen by Â£7bn – it’s Â£1.3bn at best using their own data so why aren’t they telling the truth? 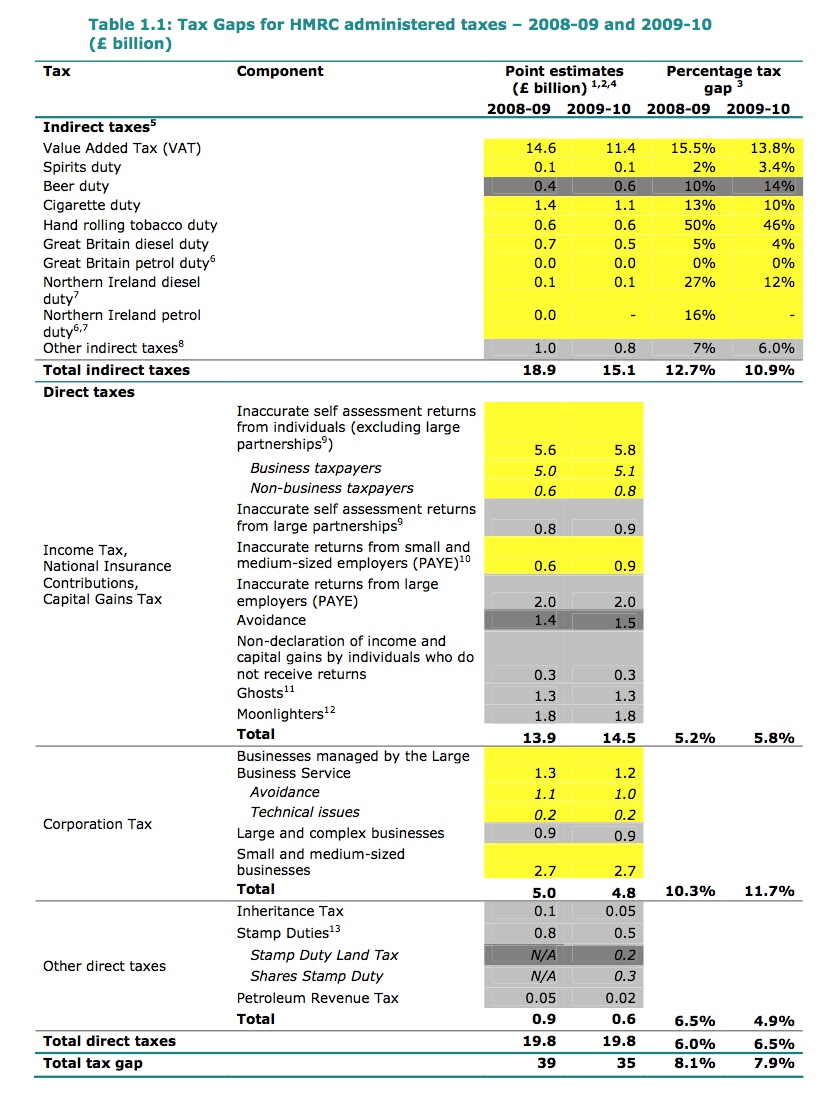 This is in itself curious because the previous year's table looked like this: 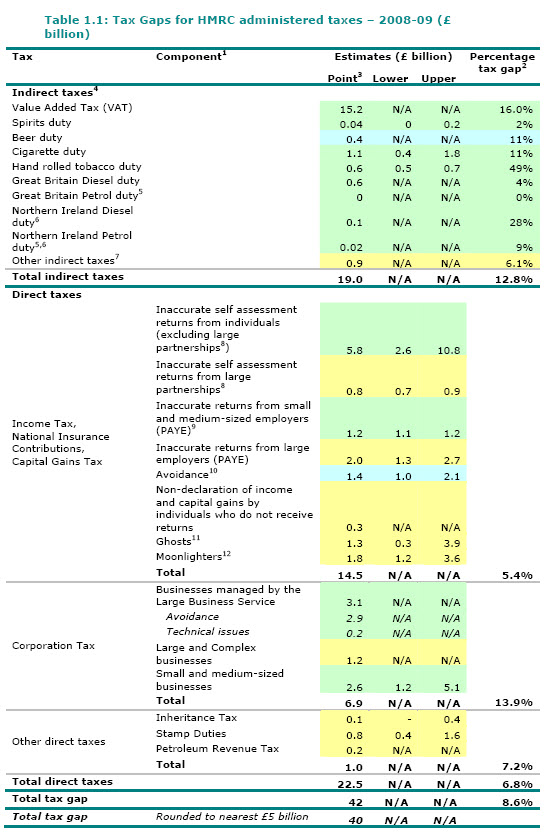 But that's not the limit of the gall of HMRC senior management. Read the detail and you realise that the reason why the VAT gap went down is in no small part due to the fall in the VAT rate matched by a fall in GDP.

VAT is paid a quarter late. Allowing for that the GDP fall in 2009/10 was 2.9%. And the VAT rate was 15% for must of that period for VAT payment to HMRC purposes. So given that the VAT gap is the difference between expected VAT paid and actual VAT paid we'd expect this gap to fall in cash terms by up to 14% for the falling VAT rate (but I'll allow for timing differences and only use 11%, generously) and by another near 3% for GDP fall. In combination taking the revised 2008/09 VAT gap estimate of £14.6bn as the base we'd expect a fall to near enough £12.6bn (you can argue a decimal point either way - the above is my generous estimate, i.e. favouring caution). So £2bn or more of the fall is due directly to Alistair Darling's VAT cut or declining GDP.

In that case the real fall is £2bn (£4bn real fall less this £2bn adjustment) at most.

Except, of course, the fall in GDP did not only apply to VAT - it applied to all other income as well. There was £24.4bn of gap relating to that in 2008/09. So a fall of at least £0.7bn of the resulting fall would result from the decline in GDP alone. Now we're down to an improvement in the gap using HMRC methodology of £1.3bn at best - and candidly that's in the range of statistical error.

Or to put it another way HMRC are simply not telling the truth on this issue.

They expect taxpayers to be honest, as do I.

But I demand an honest tax authority in exchange.

And their press releases on this issue are not honest.

It's a lousy precedent to set.