Why should we have a regressive corporate tax system in the UK?

My report on corporate tax, published by the TUC this morning, highlights the continuing fall in the average rate of corporation tax paid by the UK’s largest companies. The trend is clear: 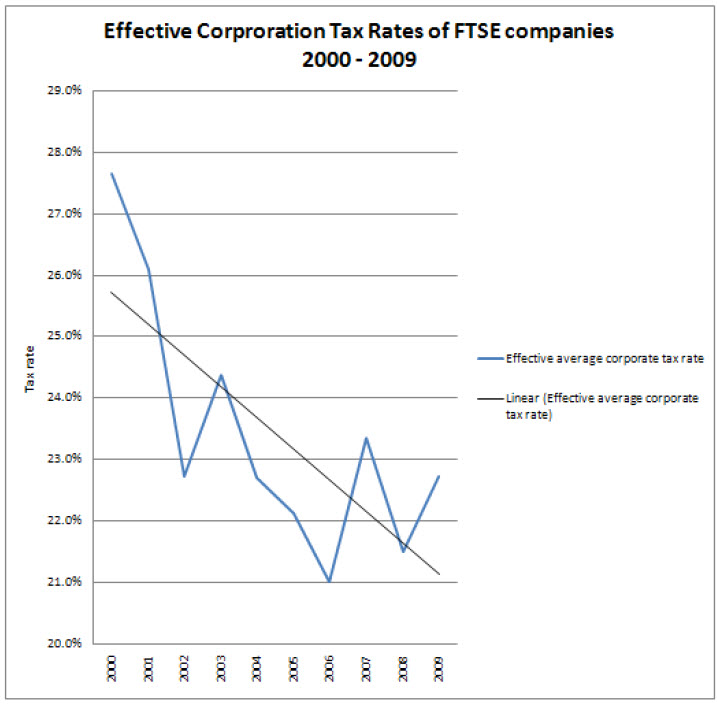 By 2010 the trend suggests the average rate of corporation tax was 21% (and given that for technical reasons the recorded figure for the year was almost certainly inflated by small profits, which tend to result in overstatement of effective corporation tax rates) may well have been lower.

As I say in the report:

Over a decade the trend has been for effective corporation tax rates of major corporations to fall by almost half a per cent a year with the trend rate in 2009 being just 21% - a figure 7% below the headline rate for that year.

It is, of course, always risky to extrapolate trends, and in the case of this data there is some evidence based on the above graph to suggest that current rates may be flattening — although this issue is returned to below. But even if this is true the trend shown reveals an alarming probability. This arises because of trends in UK corporation tax rates over recent years and those to come, which have been and are predicted to be as follows: 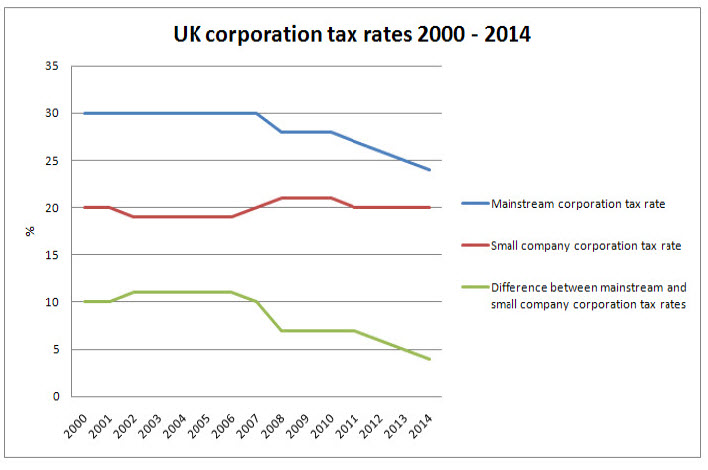 The differential between the large and small company tax rates is closing rapidly. But whereas it is the commonplace experience small companies in the UK (and their accountants) that those smaller companies pay tax at rates in proportion to profit that are often higher than the nominal rate noted on the graph, above, as chart 1 shows large companies are seeing their effective rates of corporation tax fall steadily so that in 2009 on a trend basis they were some 7% less than the headline rate, a situation that replicated the 2006 finding.

This is important: small business in the UK plays a vital job in creating new employment, often at relatively low cost, and often as the precursor to economic recovery. And of course, most small businesses are run by self employed people paying income tax at the basic rate. We are not necessarily arguing that small business should have its tax rate cut: there are good reasons relating to tax avoidance why the rate of small company corporation tax in the UK should be pitched at least at the same level as the basic rate of income tax (or maybe higher) but we are pointing out that a fundamental inequality is being created in the UK economy which makes no sense at all. The tax system will be favouring large companies over small companies, and large companies over the self employed. It is hard to see how a more unequal and unfair playing field on which small business and its employees have to compete could have been created.