You’re better off in a high tax state

I wrote recently about a question asked on this blog about whether more state spending does produce benefit for those living in a jurisdiction.

I said that it seemed very obvious that there as considerable advantage to living in a state with higher spending because on average those states were better off.

I thought it worth checking the data. The data I used, all taken from Wikipedia — using in turn sources such as the CIA Factbook — is  available here for the sake of the record.

I extracted data on GDP, state spending as a proportion of GDP and population for 170 states. I then calculated GDP per head to normalise the data and multiplied the tax as a proportion of spending ratio  by 1,000 to make presentation easier when plotted.

Using the data set as a whole the following graph resulted, with income per head increasing progressively and with a linear regression line of best fit added to the plot of the tax as a proportion of spending plot to make the trend easier to discern: 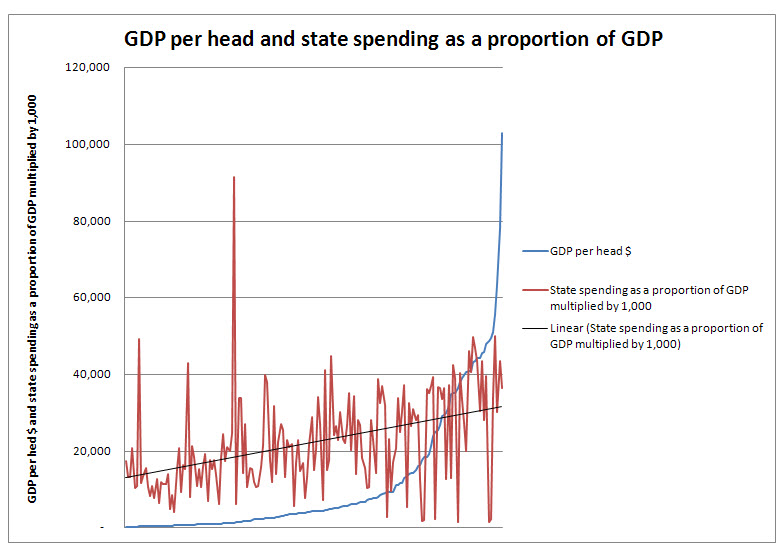 There are clearly some outliers, like Luxembourg with absurd GDP per head and Kiribati with absurd tax spending, according to the data source. And candidly some small states make this data hard to use — especially when asking questions about the UK and similar economies.

To give better indication of major state data I split the sample about the median, based on population. This split the data at a population level of just below 10 million. This gives better evidence for larger states — including the UK.  The following graph then resulted: 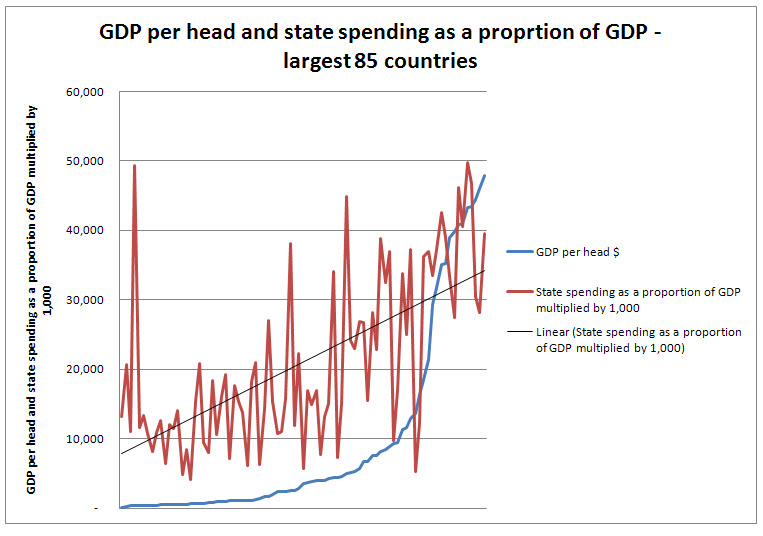 And yes — there is room for variation — as I have acknowledged.

But even so, you cut state spending at your peril if high income is your aim, is my suggestion.