MCCarthy and UBS: a perfect partnership

The US Attorney’s Office in California has released details of a case involving a man from Malibu named John McCarthy.

McCarthy used the services of UBS to evade tax. You can read the whole agreement he has reached with the US authorities here, but the key bits are as follows: 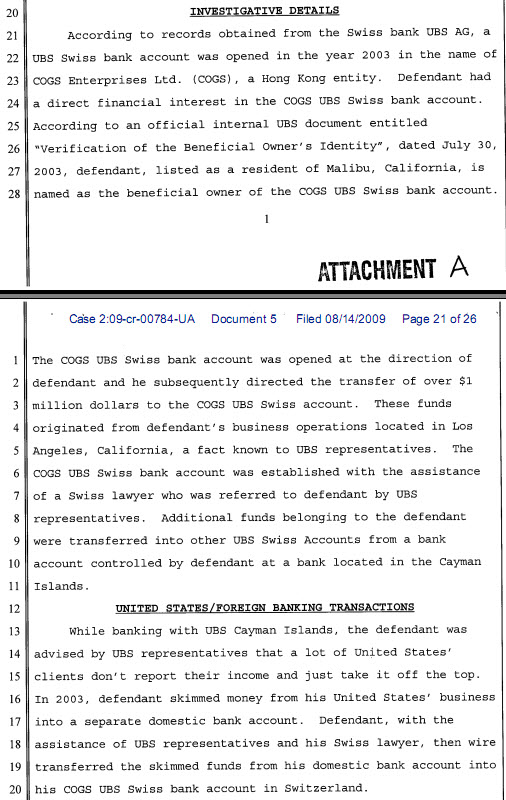 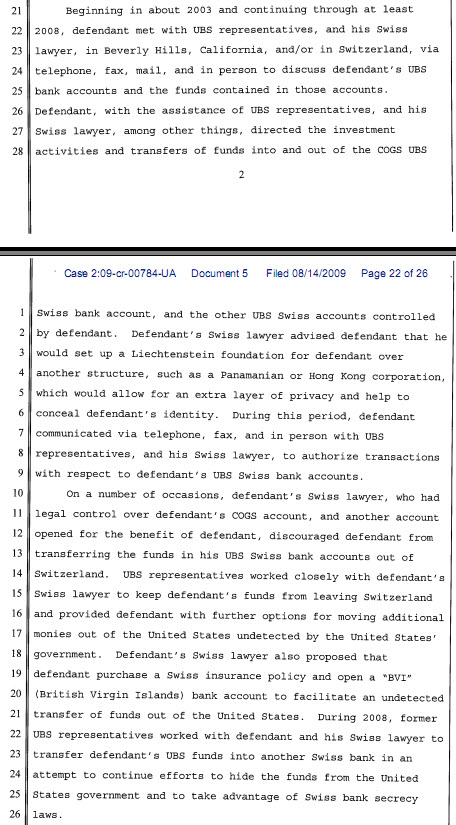 So what do we have?

First, active involvement of UBS in what they knew to be tax evasion.

Second, active involvement of a Swiss lawyer in what he or she knew to be tax evasion.

And third repeated money laundering offences in Switzerland, Hong Kong, Cayman, Liechtenstein and the BVI (no surprises there, mind you).

This is not just a matter of a bank not identifying an offence: this is evidence of a bank being an active party in criminal behaviour.

1) Why is UBS allowed to trade anywhere in the world?

2) Why aren’t those bankers and lawyers who set this up being extradited for trial in the US, where they committed offences?

3) Will Switzerland cooperate in prosecution of the people?

4) How come no regulator anywhere spotted this? Is it because they have all the right pieces of paper in place but turn a blind eye to what is going on?

5) Why do we still allow secrecy jurisdictions to peddle their abusive structures when it is so obvious that this is what they are all about?

I know there will be a host of reactions form within secrecy jurisdictions saying â€šÃ„Ã² just a bad apple’ etc., but that is absolute rubbish. For seven years I’ve been part of the Tax Justice Network, saying this is exactly what happens in these places — and with the active cooperation of  bankers, lawyers and accountants. We’ve been proven right so often surely the time for action is now?

So let’s start with Automatic Information Exchange (AIE): UBS knew the real owner of these accounts. If they had been required, as I have proposed, to tell the US that McCarthy had structures in each of the places in which they maintained accounts for him of which they had recorded him as beneficial owner then this abuse would not have been possible.

Which is precisely why the OECD should be moving in this direction at its forum in September. If you really want to stop abuse AIE is the only way to go. And it is possible.