Changing the name of the game

I've been playing with ideas for renaming aspects of tax and the related economic issues where the popular language used is obviously deeply value laden and against the national interest. These are some ideas: 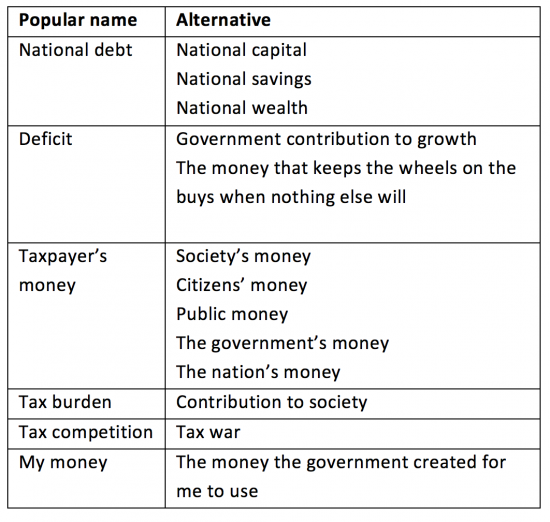 I'll update with good ones in a day or two.