As the TUC's Touchstone blog has reported: 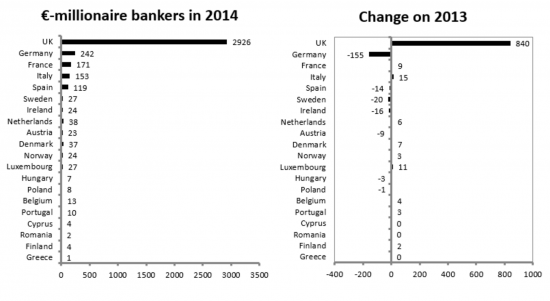 As Geoff Tily at the TUC notes:

That is economic deadweight distorting the UK economy, its politics and its democracy to no benefit at all to the vast majority of people in the country. And, as the stats show, you can do very well without them.

No wonder this country has so many economic difficulties.

Oh, and please don't try to justify this by saying they pay so much tax: that's because they extract so much form the economy in the first place and may be no compensation at all for the costs they impose.