The Green Party and tax

I have looked at the Labour and Tory manifestos and commented on LibDem tax plans. Now it is time to look at the Greens, whose manifesto is considerably more detailed on this issue than others. I have selected elements to highlight by copying the text: for some reason I can't copy text from the document. 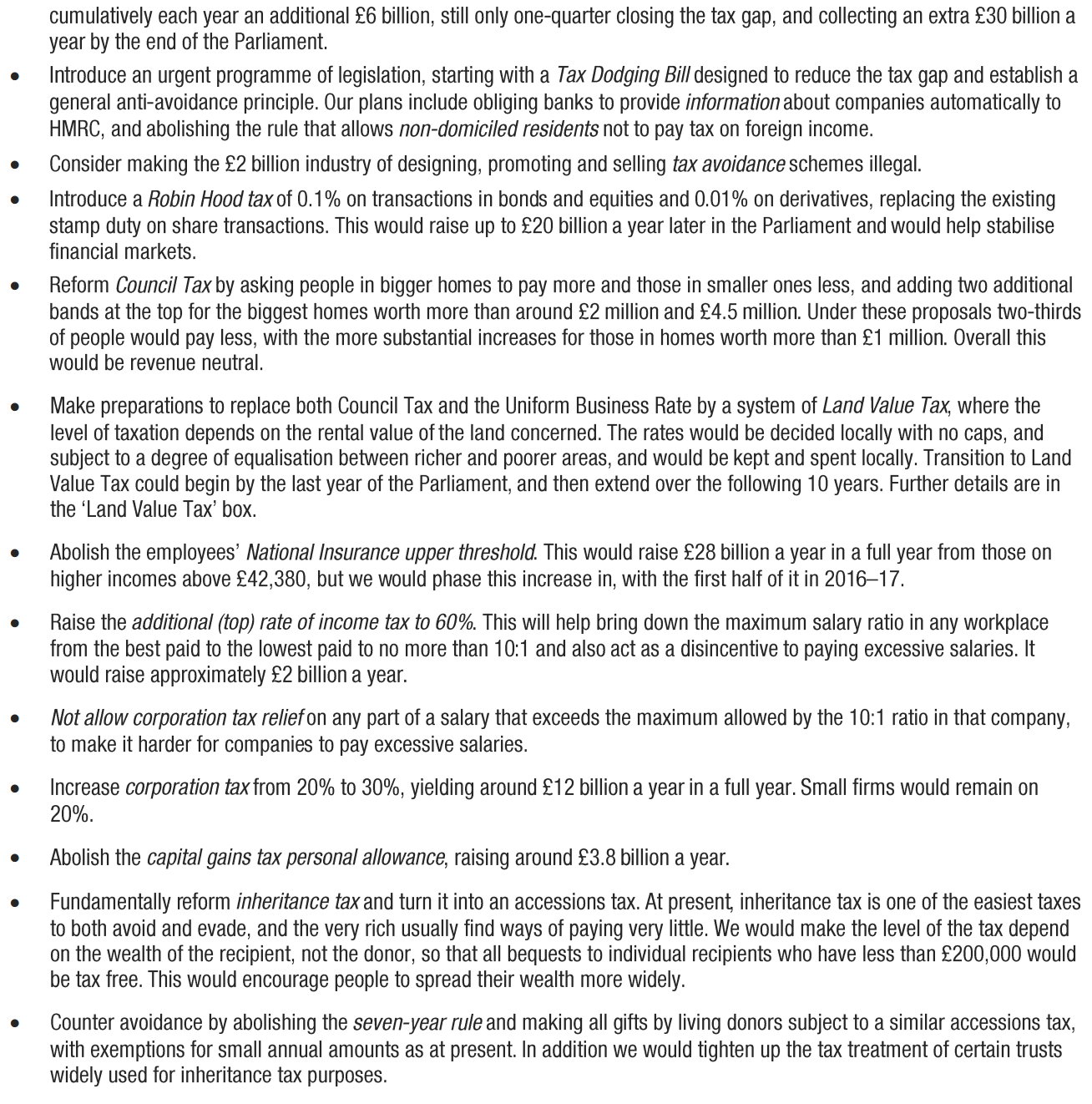 And they then suggest: 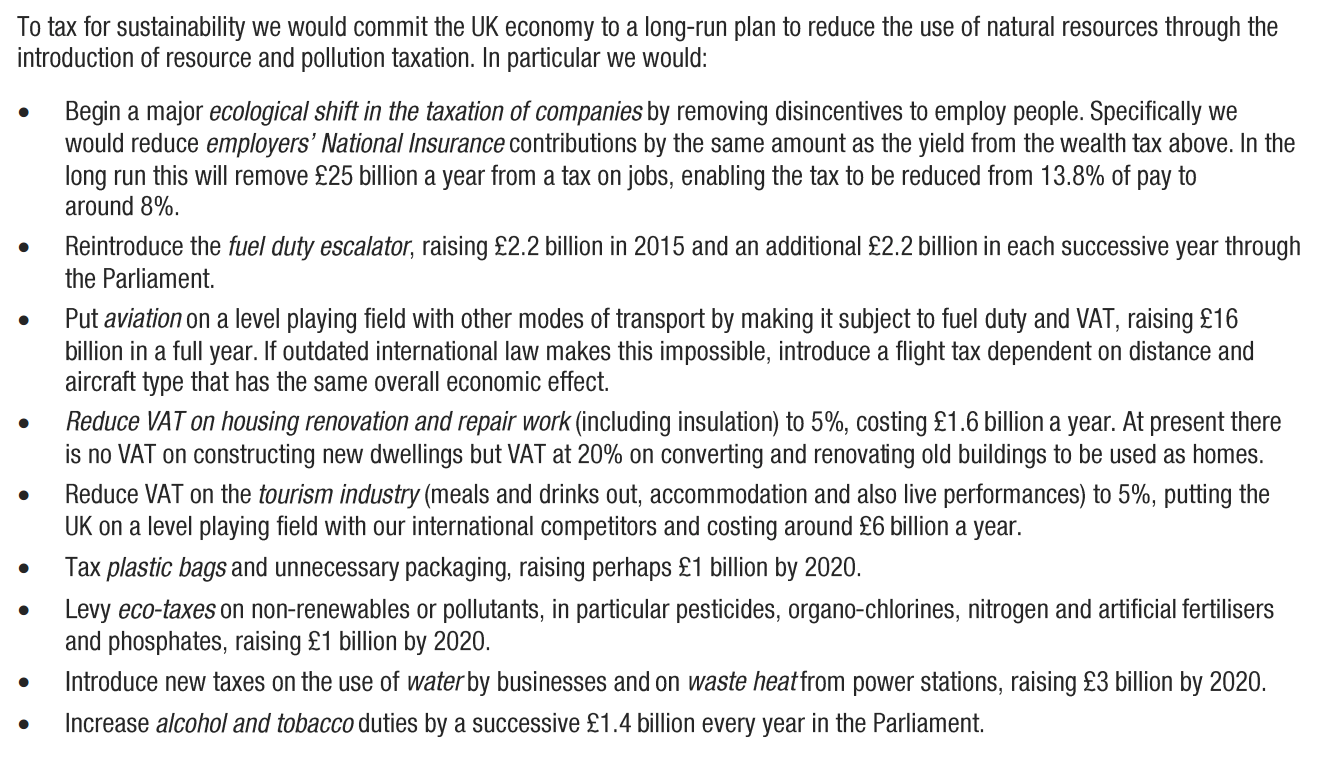 That's a mighty big package. And it is costed in detailed notes in the manifesto: that's a significant innovation.

For regular readers of this blog some of these proposals will seem very familiar: there is no doubt that the Greens have been here, and seemingly often. I almost feel it necessary to say that this is not my work for that reason. But there are as a result many welcome features to the package, not least being the commitment to tackling the tax gap with more resources for HMRC.

The Tax Dodging Bill campaign is something I support and so I welcome that too.

Moves against the tax abuse industry are overdue as are moves to reform council tax and to introduce land value taxation, whose time has come.

I have long argued for a cap on tax relief on high pay, and welcome it and the NI thresholds has never made sense although some reconsideration of income tax thresholds may be needed as a result, in my opinion.

An increase in the corporation tax rate is logical and necessary. I may not go quite to 30%. The yield may be a little high, but not implausible with additional HMRC inspectors at work.

As I have mentioned in comments on the blog in the last day or so, I would also look at the CGT allowance which has no economic or social justification in my opinion, but might allow a small sum to be retained for admin ease. £3,000 would more than cover that.

The inheritance tax reform is a valuable step in the right direction.

And so we come to the wealth tax. I support the idea. I have no idea if it would raise £25 billion at present. But, and this is key, that does not matter. The plan is to use proceeds to reduce employer NI and so price people into work. If the NI adjustment is based on actual tax yield then the plan is neutral but remains radical tax thinking at work because this is a deeply progressive move designed to enable many to have opportunity without practically threatening the relative well being of those with plenty, for whom relative well being is all that matters. I stress details would need to be worked out, but this seems to be a plan with mileage in it.

I am of course well aware that this plan will not result in legislation. So are all Greens, I am sure. But it is a useful contribution to debate and  for that reason I welcome it.