Jersey admits it has failed the EU Code of Conduct

The EU Code of Conduct Group met in Brussels on Friday (19 November) to give further consideration to the Island's 0/10 tax regime. The Group considered a paper prepared by Commission officials that was concerned solely with whether the deemed distribution provision and the combined effect of taxation at company and shareholder levels came within the scope of the Code as business taxation.

The Commission's view is that Jersey’s anti-avoidance measure does come within the definition of business taxation rather than personal taxation, is discriminatory and therefore in conflict with the Code.

Representatives from Jersey have contested both points and their view remains that Jersey’s anti-avoidance measure is personal taxation and not within the scope of the Code. At the same time Jersey has offered to consider alternative anti-avoidance measures that would be more in accord with the practice of the member states and therefore not open to dispute.

Jersey has been informed that there has not yet been a formal assessment by the Code Group and that there is a further process to go through before a final conclusion is reached.

It is understood that the Code Group is proposing a review by a High Level Tax Group, which will determine what the Code means by business taxation and whether this definition goes beyond corporate tax to include shareholder taxation. Jersey has been told that there was consensus on the part of Code Group members in support of the Commission's paper and that the present 0/10 regime, as it stands, was harmful.

“With the exception of that provision, the 0/10 tax structure has not been formally addressed by the Commission or the Code Group. Therefore, with the exception of this anti-avoidance measure, nothing has been conveyed to the Island authorities that would indicate that the present 0/10 tax structure is in conflict with the Code criteria. This is fully in accord with the view expressed by the Island authorities to the Code Group and the Commission."

It seems only fair to let him have his say.

Now let’s tear that to shreds. Remember there are five criteria for assessing compliance with the Code. They are:

1. Whether advantages are accorded only to non-residents or in respect of transactions carried out with non-residents

2. Whether advantages are ring-fenced from the domestic market, so they do not affect the national tax base

3. Whether advantages are granted even without any real economic activity and substantial economic presence within the Member State offering such tax advantages

4. Whether the rules for profit determination in respect of activities within a multinational group of companies departs from internationally accepted principles, notably the rules agreed upon within the OECD

5. Whether the tax measures lack transparency, including where legal provisions are relaxed at administrative level in a non-transparent way

I predicted, based on reliable information received that Jersey had failed on 1 and 2, and probably 3. My logic on tests 1 and 2 was as follows:

It is very obvious that if a company trading in Jersey is not taxed if it is owned by non-residents but is forced to distribute dividends that are taxed if it is owned by a Jersey resident person that there are clear tax advantages provided to non-residents. The failure of the first test was so predictable it is amazing that anyone in any of the Crown Dependencies, or in London, thought that they could get away with this abuse by arguing that the discrimination existed in personal tax, not business tax, which was the defence they used.

It has to follow on the same logic that test two also fails: the only reason for enforced distribution must have been to protect the national tax base by solely charging the domestic market to tax when the international market was not charged.

The same link explains in more detail why test three has also failed, but let’s concentrate for now on the first two items — because remember that failing any one test means that Jersey has failed to comply with the Code — as I claimed.

Ozouf might say “that the focus is on the deemed distribution provision”. Well of course it is. It’s the deemed distribution provision that means that advantages are accorded to non-residents that are not given to residents (meaning failure of test 1) to ensure that tax advantages are ring fenced from the domestic market (test 2). This ring fencing is at the core of what the Code of Conduct attacked and if, as the EU is clearly saying, and as i said as long ago as 2005, what Jersey has done is to maintain this ring fence, openly, deliberately and provocatively by using nothing more subtle than an excuse that the Code only relates to business tax and Jersey has shifted the ring fence into personal tax — then of course it has failed the Code tests. To say this means nothing else has been assessed is meaningless: the Code looks for ring fences. And it found them.

And actually, my sources also tell me that the EU has done the other tests — and it did fail three and pass four and five. Why Jersey does not know that is not known to me.

But let’s blow apart Ozouf’s excuses. What Jersey is doing is claiming it has a minor issue when the whole ring fence issue — which it sought to maintain with zero / 10 — is now blown apart. The zero /ten system only worked if the zero did not mean zero for local people. That’s because Jersey has to maintain substantial income from companies. It’s funding is dependent on this: 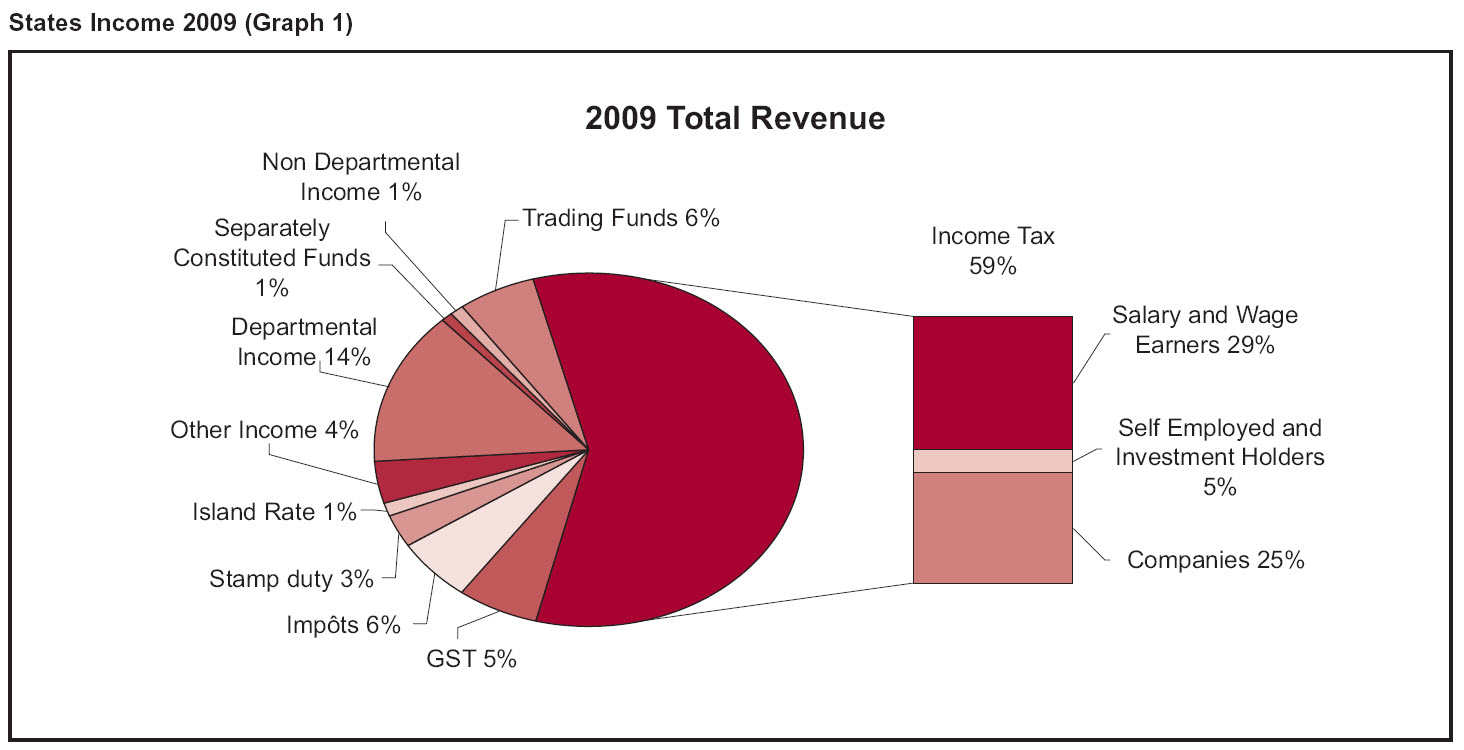 25% of state earnings are from companies. And with the ring fence removed this will fall heavily. What is more, any Jersey resident will be able to put money in a company and shelter it from tax. This is the conundrum at the core of Jersey’s aim to remain a tax haven despite the EU Code — a task that has so far proved impossible to resolve.

So Ozouf may say this is a minor issue. In reality it has the potential to blow Jersey’s budget apart — and undermine viable government in the island. This is not a minor anti-avoidance issue. It’s the deceit at the core of Jersey’s tax system which is essential to maintaining any form of government in the island.  He either knows that and is spinning for all he’s worth to deny the truth or he’s not to be trusted with the job.

And either way my forecast was right. yet again, I might add.