The VAT abuse promoted by the Channel Islands and undertaken by the likes of Tesco, HMV, ASDA and Sainsburys is costing the UK more than the entire UK school sport budget.

We know school sport is now under threat.

But it should be the VAT abuse that is threatened. And it could be. Note this letter from the FT on Saturday:

Sir, I recently had occasion to buy a set of CDs from the US. The total value of the order was £38.13. When I received notice of their arrival I was told there was £14.80 to pay for value added tax and handling charges.

I subsequently discovered that while HM Revenue & Customs allows in orders of £18 or less free of tax, anything more is charged the full VAT and, for good measure, the Post Office slaps on an £8 handling fee.

This creates an extraordinary anomaly where an order worth £18.50 ends up attracting a charge of £11.30 (charges it seems are rounded up) and costing nearly two-thirds more than if it had been 50p less.

£11.30 in charges on every packet from the Channel Islands would stop this abuse overnight. The VAT would be paid. School sport would be saved. 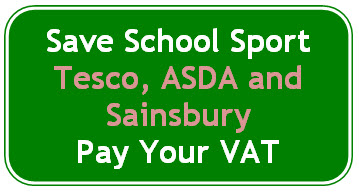