IKEA is a private company. It does not need to publish an annual financial statement ion the form as a quoted multinational corporation. And it doesn’t. But it has (I think for the first time) published a limited annual report. That’s the good news. The bad news is it does not tell us much. 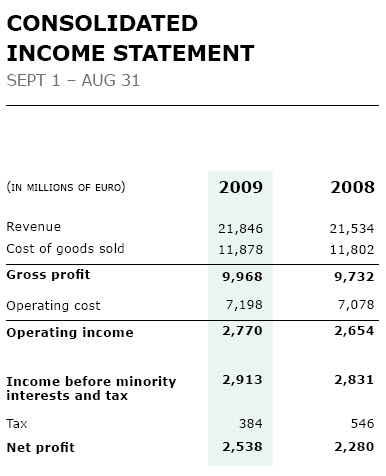 And this is its tax note:

And for the sake of the record, here’s the geographical spread of trading: 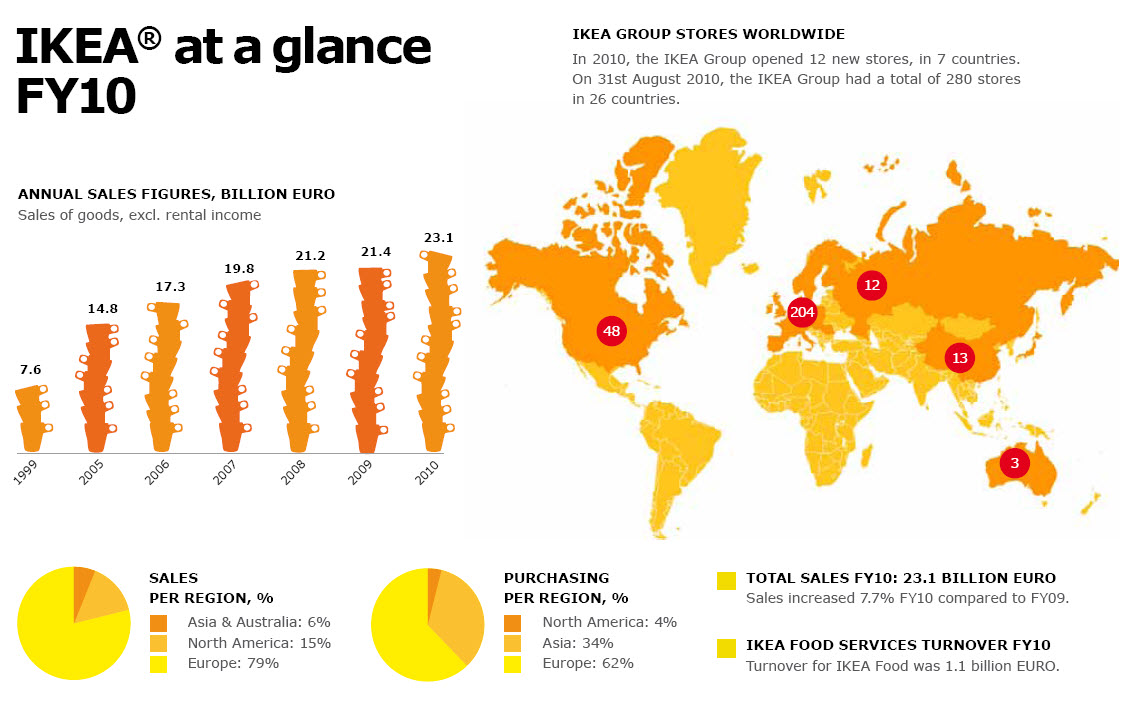 So, IKEA makes 79% of its sales in Europe and 62% of its purchases in Europe. It’s  a European dominated business then.

When last I checked the plot of corporate tax rates in the EU was: 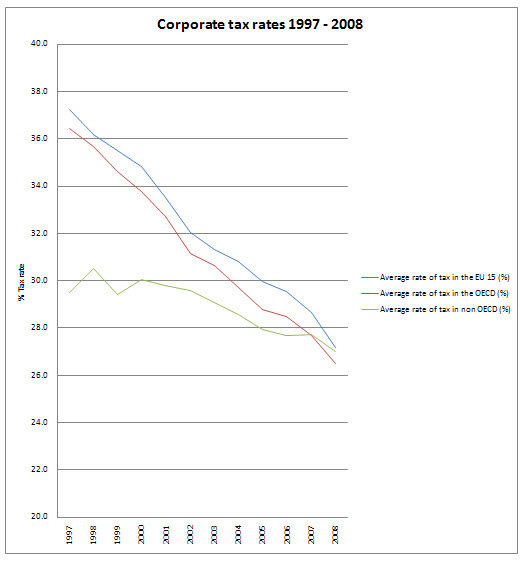 To prevent any doubt, a more complex analysis is as follows (all data based on KPMG information, with rates incidentally being largely fixed in 2009): 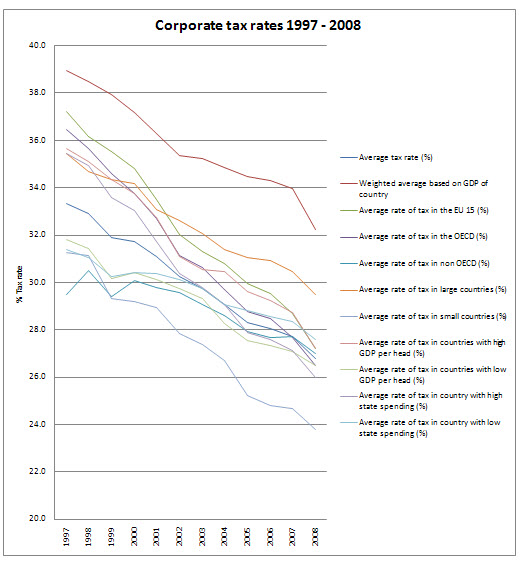 That’s a lot of data, but you get my point I hope – tax rates may be falling but something around 27% is the norm without weighting for GDP.

All we can wonder is why the published rate IKEA records is so low compared to the rates available in most countries in which IKEA must actually make its profit.Without country-by-country reporting we can’t answer that.

I wonder if they’d like to republish on this basis?