The budget is likely to create 1.6 million job losses, or more

I am intrigued by the debate on public sector employees. I took part in a phone in on BBC Radio Scotland his morning and you’d think these people are the devil incarnate based on some comments. I confess I and the others in the Accident and Emergency unit of my local hospital did not think so at 11.30pm last night when those present seemed to be rushed off their feet (and before you ask, no, my son has not, thankfully, broken his thumb — bit it is mightily bruised, the  moral being don’t play hockey at Cubs). So I decided to have a quick look (no more) at what they do. I used UK government statistics created by public employees to find the answers, and then wondered whether I’ll be able to do so in the future when all the cuts have taken place?

So, first things first, at end 2009 how many public sector employees are there? The answer is:

The total number employed in the UK is about 28.8 million right now. So roughly one in 4.8 people employed works for the government.

That does not tell us what they do. They work in the following activities:

Note the “other” category includes 230,000 bankers employed by Northern Rock and other such similar failed entities. In other rods, these 900,000 people work in entities outside the area normally considered to be government activity.

Dealing with the civil service — who make up a little under half of admin staff, the allocation is as follows: 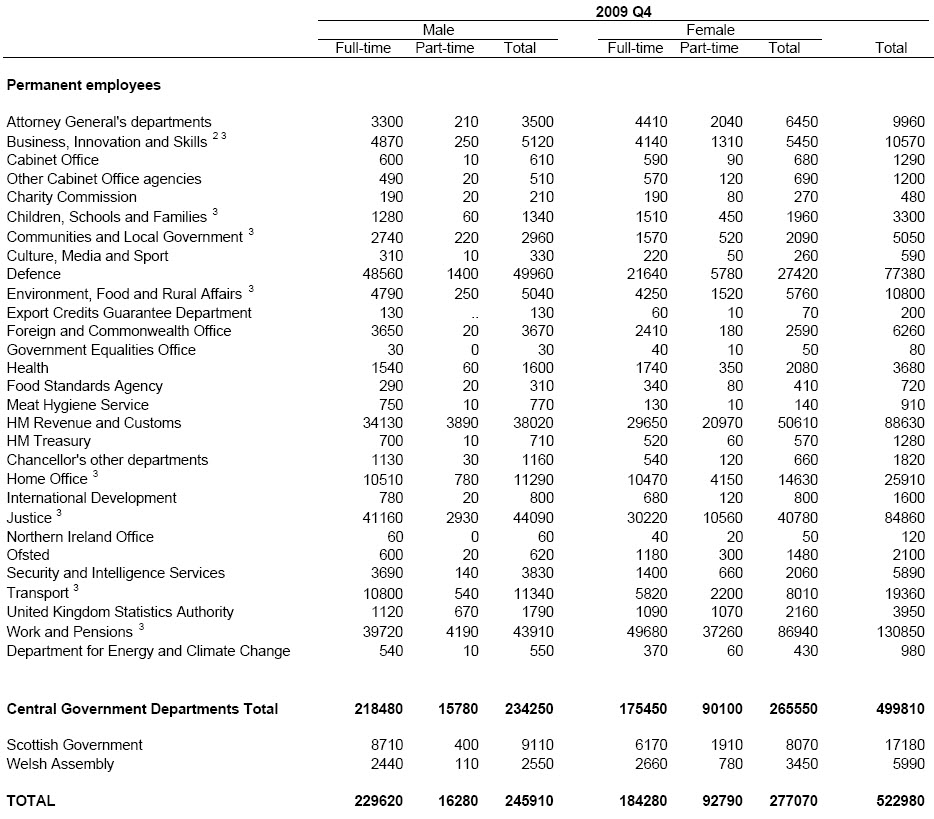 I do not have a  similar split for local government (although many will work on education and social services which are by far the biggest devolved local authority responsibilities, plus planning, highways, refuse and other such issues), but this data really shows there are actually only about 5.2 million people working in what might be considered the state and I can explain what up to 4.5 million of them do.

It’s an important question of how much those people cost to employ. Over a sample of this size we can use national averages  and according to the Office for National Statistics median full time earnings in the public sector were £539 per week. The full time equivalent of the employee numbers noted above (total government) is 4,450,000. So the direct cost of employing them is £125 billion. Add NIC at, say 7.1% on average and pension costs at 18.6% (these being based on HMRC’s own accounts) and the cost is a little over £157 billion. The estimate is of course just that i.e. an estimate, but it is based on reasonable, referenced, assumptions.

The NHS is ring fenced from cuts according to the government. All other departments face cuts of 25% in spending. This is how they spend now, which might be considered the baseline: 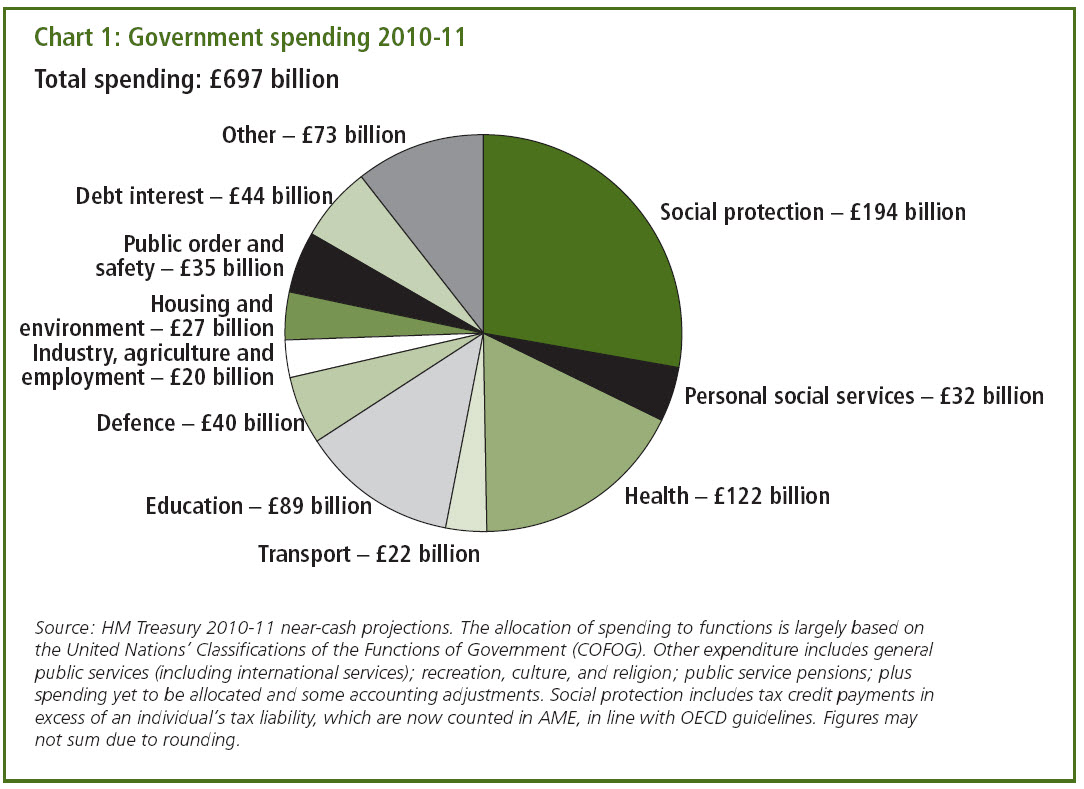 We know the NHS will not be cut and we know benefits are only being cut by £11.5 billion. Debt interest will also be paid too. In effect that means of the base noted of £697 billion some £360 billion will only be affected by cuts of £11.5 billion.

That means the remaining £337 billion must bear the remaining cuts. They will be around £55bn a year having allowed for tax increases and benefit cuts already noted.  Now 30% or so of salary costs are in the ring fence — that’s about £46 billion, leaving £111 billion in the areas to be cut. So one pound in three in the areas to be cut is salary cost and they have to lose £1 in £6 of spend to meet target. Curiously, that is less than the £1 in £4 the Treasury says: more must be ringfenced than I think in “other items”.

The simple question then is “can this be done without massive job cuts?”

If the pain is split i.e. cuts are split half internal job cuts and half from payments to suppliers and making the generous assumption that all who lose will be full time then the total internal cuts must cost £27 billion, which at the pay rate noted (with on costs) amounts to 767,000 full time employees. That’s a number very close to the estimate of the Chartered Institute for Personnel and Development.

So what of the private sector? Pay is lower there at £465 a week. Assuming the same quite high on costs of employment as the state sector — which is generous as most private sector employees do not have pensions — then cuts of £27 bn would flow through to 889,000 job losses.

That means 1,656,000 job losses. Except these are full time equivalents. If the number was extrapolated to allow for this to allow for part time job losses then the numbers would increase to 2,061,000.

I admit I’m reluctant to do that for two reasons. Some losing such jobs would not register as unemployed. Some would have another part time job. And profits in the private sector may anyway absorb some of the cuts. But, the evidence seems clear yet again that these cuts will produce job losses of more than 1,500,000 — and maybe a figure much higher than that.

Which is really worrying.

And no one is saying it.